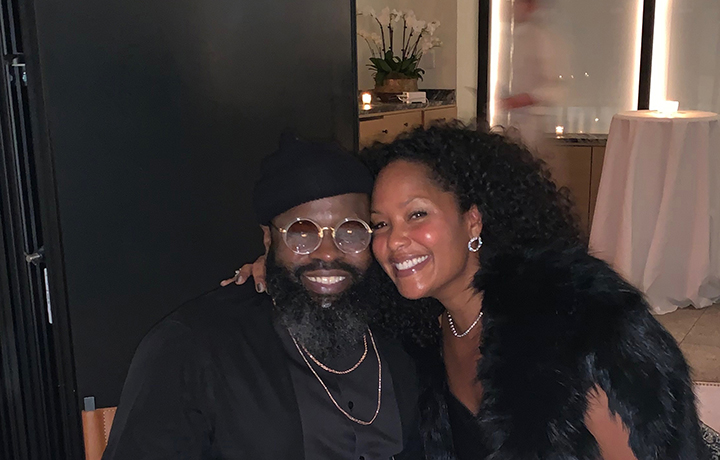 Today, I am speaking with not only two very talented people but the nicest couple I know.  I have known Tariq and Michelle Trotter for about 10 years. Our kids used to go to school together. You may not know Tariq by his given name, he is better known as Black Thought, the lead emcee for Philadelphia-based hip hop group The Roots, one of the best known hip hop bands of all time and the house band for the Tonight Show starring Jimmy Fallon. The Roots have been nominated for 14 Grammys and won 3 — including best R & B album and best R & B vocal performance.  Michelle has been modelling since she was 14 years old and has appeared in numerous movies and television show including Sex and The City, Boomerang, Big Fat Liar, Something New, and more. For years, we have chatted together about food at school events, dinners together and while they have picked up their produce at my food cooperative, Farm & Fork Society.  When I launched this podcast, I knew I wanted to talk with Tariq and Michelle but they are a busy couple and I couldn’t lock them down. Well the coronavirus did and I was lucky enough to get an hour of time with them.  Take a listen to our conversation about music, food and more.

Links to Michelle and Tariq (Black Thought) Trotter’s social media and other items mentioned in the interview.

You can learn more about me at www.eatwelltraveloften.net